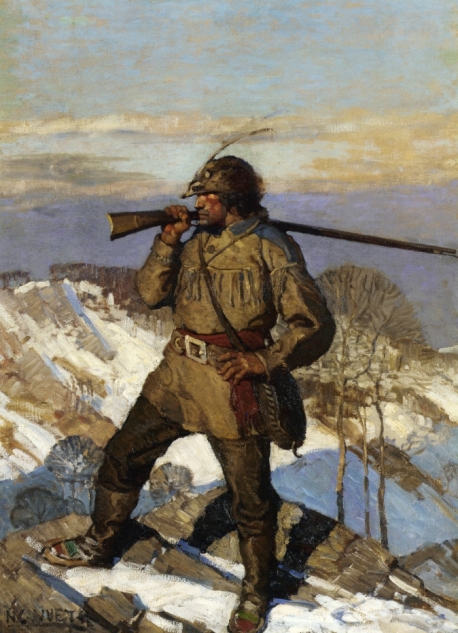 Reflecting on my Deflecting: I’ve been deflecting. Ever since my friend Tonia Marie Harris, an inspiring and courageous writer in her own right, started her #BeBraveIn2014 campaign a few months ago. Each time the topic arises among my friends I say something along the lines of, “I’m not sure what being brave this year will mean for me.” I said it again recently on a small group thread, and in response Tonia posted a fabulous (and inspiring!) post called What Being a Brave Writer Means to Me. You should go read it.

As great as Tonia’s essay is, I still don’t know. Sounds like a cop-out, doesn’t it? Sorry. But the post got me reflecting on courage. In the interest of showing my support for the #BeBrave theme, I do know that in whichever direction the next steps of my writing journey lead, it will take courage to take them. And I am committed to taking them.

A Bit of ‘Smalley’ Talk: I hate to get all Stuart Smalley, but, okay—haul out the looking glass. Let’s sit 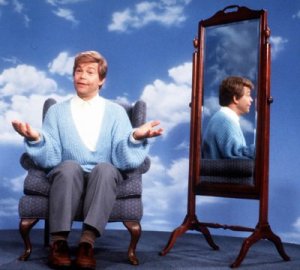 and have a little affirmation together, you and I. Say it with me: I’m good enough, strong enough…

But seriously, I realize that I’ve already taken some steps that require courage. And I’m pretty sure you have too. And I think it’s important that we acknowledge these things once in a while. In the interest of affirming my own fleetingly-felt courage, and fostering yours, I’ll want to share a few of the brave bits of the writer I’ve become.

“Courage is knowing the sum of all your fears, and proceeding anyway.”

*I Am A Writer, Dammit: I’m not sure how many years I dreaded the inevitable question. You know the one, at the dreaded social event—the kind where you meet strangers, and they almost always say: “So, what do you do?”

I’m not even sure how I finally got over it, but I’m beyond the squirming and the hemming and hawing (not to mention the dissembling that preceded it). I can now, without batting an eye, say, “I’m a writer.” And unsurprisingly, the more unhesitant the assertion, the less they prod you about it.

For me this took time and practice which, in hindsight, resembles courage. Small steps of it, but courageous steps nonetheless. I now realize most new acquaintances are not asking to see your tax returns, or looking for a way to judge you. Most just want some interesting small talk (and the others shouldn’t matter to me anyway). They’re looking to get through the dreaded social event, same as you. Talking about writing really isn’t so bad (after all, it’s why we’re here, right?). And if they aren’t interested, or if you find it uncomfortable, you can always throw it back: “And you?” Problem solved (most people love to talk about themselves).

*I’ve finished something: Four somethings, actually. Sure, I recognize that all four of my manuscripts are all still works-in-progress. And they will be until they are published. But I persevered through to “The End” four times now. It takes a leap of faith and no small amount of resolve to finish a manuscript. As Barbara O’Neal recently said in a great post on Writer Unboxed: “Over and over I have said to you that writing requires such a weird combination of gifts and faults that anyone who has written a novel hasn’t done it by accident. The work called you, made you insane for it, and you followed. The world might not understand that, but I do. So does everyone else here.”

By “everyone else here,” she means us. Those of you who’ve finished a draft know. And I’m sure that those of you who haven’t yet are determined enough to know it, too. It’s not just that it doesn’t happen by accident. The faith and resolve required throughout are borne, in some measure, by courage. Regardless of what we face afterward, we should own it.

*I’ve Submitted to Feedback’s Four Stages: This is something ongoing for me. And I think all four stages require some measure of courage. They are: 1-Acknowledge I need feedback. 2- Actively seek it. 3- Evaluate it without reacting (or overreacting) to it. 4- Formulating a plan based on it, and purposefully executing that plan.

I must admit, I still struggle mightily with this one. My stomach still twists every damn time I hit the send button. And I’m jittery each time I hear back from someone reading—both excited and terrified. Initially, I’m usually overly focused on the negative (often to the point of being temporarily blind to praise). I remind myself that everyone who takes the time to read and provide any amount of critique is offering a great gift. One they most likely would not offer if they didn’t believe in me. Their belief lends me the necessary courage to endure the stages. But lent or not, it’s courage nonetheless.

*I’ve decided I’m committed to Dania! This last one is rather personal. And some might interpret it as stubbornness rather than courage. But it feels like courage to me.

Allow me to explain. It seems like every time I turn around someone is advocating that writers should be willing to shelve a manuscript and move on. Especially a first manuscript. I’ll admit to occasionally considering it—wondering if this might be “the brave thing to do.” But let me tell you, nothing gets my characters riled up like considering shelving them. They invade my brain in open revolt. Makes it tough to sleep, let alone consider other courses forward.

So I’ve come to the conclusion that I cannot abandon them. And it’s not just to quell the voices in my head… Well, maybe that’s part of it. But after all we’ve been through together, after all they’ve taught me, after all the laughs and the tears, I feel like I owe it to them to make the books worthy of their ongoing inspiration. It’s fitting, since so many of them are brave. I know they make me a braver writer. (Even if some of them are also pretty damn stubborn.) 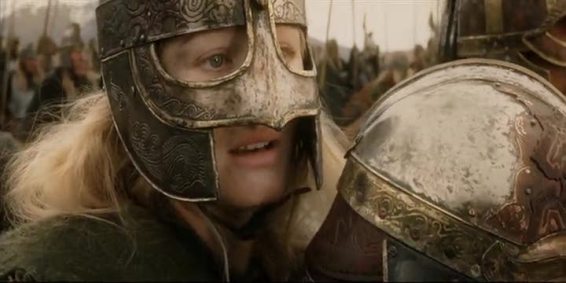 The Courage of Friends: I hope I was able to remind you of your own bravery. But I know I’m more lucky than brave. My writing journey is blessed with the time to write, and the perfect place to do it. I am blessed by a loving spouse who not only encourages and supports me, but who reads and offers brilliant input and suggestions. I have friends who read and believe in me, and who pick me up when I am down. Thank you, one and all.

In contrast, there are writers I know and have heard about who overcome so much to pursue their literary dreams. I routinely hear the stories of writers who struggle to find an hour or less a day to write (often at the expense of sleep); of writers who overcome health issues and difficult living conditions to practice their craft; of writers who continue to write with little or no support or encouragement; even writers who write in spite of the discouragement or open opposition of those who surround them. These are the truly brave writers. I am humbled and inspired by their efforts.

What about you? Have you given yourself credit for your courage? In what ways are you a brave writer? Are you inspired by your friends?

25 comments on “Don’t Discount Your Courage”