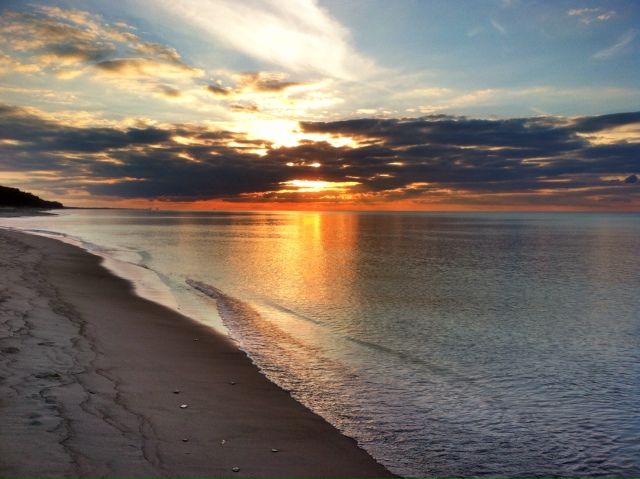 Late- Winter Blues: I’ve done a bit of bitching about my home state this week. More specifically, about the weather here. Which is unusual for me. I’ve written about my love of the 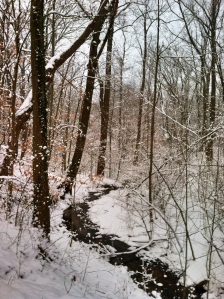 change of seasons, and my fondness for winter, here. But what a winter we’ve had here in the Mighty Mitten! With record-setting snow levels and a near record number of days below zero degrees Fahrenheit, I think I’ve finally gotten my fill.

But I still can’t imagine living anywhere else. In fact, even after such a brutal winter, I can honestly say that if I could move anywhere, I’d move further north, right here in my home state. Give me the tall, singing pines of Hartwick, the deep blue lakes of Leelanau, the soaring dunes of Sleeping Bear, the cold, clear streams of Little Traverse Bay. 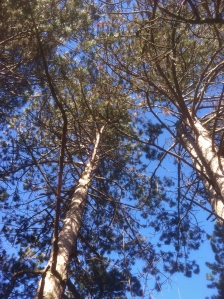 Tighten Your Rust Belt: I so often hear that people’s impression of Michigan is not one just of inclement weather, but one of closed auto factories, high unemployment and crime. I even saw a comment on a tourism site that condemned the whole state as having a “foul, sulfurous smell.” This from a guy who lived in Chicago. Makes one wonder about the prevailing westerly winds that originate from his industry intensive area. But nevertheless, it’s a bit silly to say that an entire state can have a certain odor.

Certainly Michigan has more than its share of closed factories. We’ve had our ups and downs. But to anyone who imagines these things define our state, I simply say: You’ve obviously never been here. Or at least: You’ve never really looked around outside the somewhat rusty belt of the state’s major cities’ limits.

“I wanna live in a land of lakes, where the great waves break
And the night runs right into the day
I wanna be with the ones I left, but I’m way out west
And the years keep on slipping away
I wanna run on the sacred dunes, through the ancient ruins
Where the fires of my ancestors burned
I remember that fateful day, when I ran away
And you told me I couldn’t return

You made me swear I’d never forget, I made a vow I’d see you again
I will be back one day, and I’ll find you there by the great big lake…” ~Lord Huron (aka Ben Schneider of Okemos, MI, from the song, I Will Be Back One Day)

I have lived elsewhere. I’ve lived near enough to smell the ocean in Southern California; within sight of the capital across one of the majestic lakes of Madison, Wisconsin; in a quaint 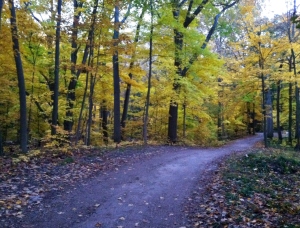 turn-of-the-century neighborhood in suburban Chicagoland; and in a rural village on the edge of farmland so flat and far-reaching one can watch an errant dog run away for days.

And I love to travel and spend time in other parts of the US and the world. I’ve seen places so beautiful they take your breath. I’ve been among folks so welcoming you’d think they considered all visitors to be kin. But these old dirt roads always beckon me. No other place can truly be home for me. As excited as I am each time we get out to see the wide world, I always end up longing for the contentment of home. In all the years I lived elsewhere, I think I always knew I’d end up back here.

Finding My Truth Is Place:

“In the end, of course, the truth is place.

A startlingly beautiful and varied place like Michigan most often frees the spirit. In doing so, it is parent to creativity—sometimes to everlasting art.” ~Dave and Jack Dempsey (from Ink Trails: Michigan’s Famous and Forgotten Authors)

I’d like to think I would’ve pursued my writing journey if I’d ended up living elsewhere, but sometimes I wonder. If I had started elsewhere, I’m guessing it would’ve been quite a different journey. Certainly living here, where I drew my first breath, and became conscious of the world outside myself, has been conducive to pursuing my writing dream. Maybe I’m as rooted in my journey here as Georgia O’Keeffe was in the New Mexican desert, or as Anne Rice is in New Orleans. Not to compare myself to them, but I do feel my home is my artistic foundation. Few writers have been more closely identified with a place than Carl Sandburg with Chicago (“City of big shoulders…”), and yet he did much of his writing on his rooftop deck overlooking the Lake Michigan shore, less than a mile from my house.

There is such a comforting lull to life in the woods near the shore. I even love the cloudiness—a condition often experienced living on the leeward side of a great lake. I remember longing for cloudy days when I lived in SoCal, where they are rare. Big billowing clouds have a way of filling me a nostalgic melancholy. For me it’s an ideal state for creativity—for letting my thoughts wander. I’m sure many of you won’t get it, but perhaps some of you will, when I say that cloudiness takes the pressure off.

And history is all around me. Our roads and beach paths were once trod by Potawatomi and Ottawa Indians; French voyageurs paddled our shores and rivers; and English forts originated our nearest towns—perfect for immersing myself in a historical world on the page.

Dania Looks Suspiciously Like Michigan: For those who have read my work, whether you realize it or not, you have undoubtedly sensed my world here in the Mighty Mitten in the settings. From the blue ribbon of the Danian River, to the log walls around the village of Danihem, to the pine and fir forested foothills of the Skolani 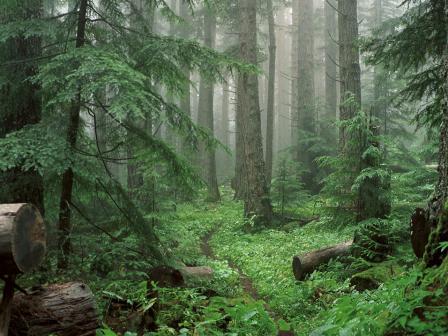 hunting grounds, and eastward to the ancient beeches and oaks of Afletam Forest and the open grasslands of Oium—Michigan haunts the world I’ve created on the page. Even the weather is familiar. There are lots of cloudy and inclement days in Dania—have you noticed?

I once thought my first novel would be a fantasy based on first encounters between Native Americans and Europeans, set here in the Great Lakes Region. In hindsight I can see how much of my interest in that history suffuses my story. It’s in the conflict between a self-identified civilized culture versus another they deem to be less so. I particularly see it in my creation of the Skolani tribe. It’s in their love of, and dependence on, their horses. I see it in their Kabitka—a moveable village of wagons and hide tents.

And I haven’t discarded the notion of writing the one set in the New World. After all, the research is right outside my door.

For Those Who See: As for our tough Michigan winter, I know this too shall pass. Past experience shows me that things change, even in the Mighty Mitten. I might even say especially here. And there’s beauty in change. Beauty that has the ability to inspire.

~Benzonia, Michigan native Gwen Frostic (To Those Who See, from Contemplations, 1973) 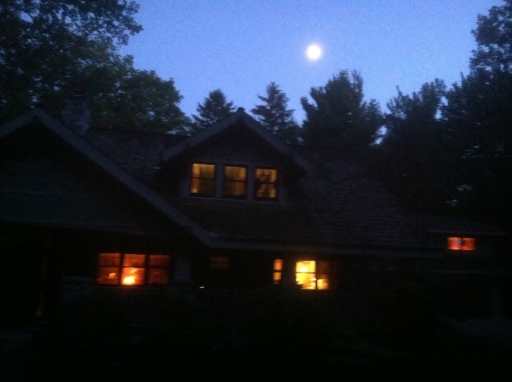 What about you? Do you believe that “the truth is place”? Has your world informed your writing? When you hear the name “Michigan” do closed factories or flourishing forests and white sand beaches come to mind? How do you feel about clouds?