This post was inspired by the review in this morning’s Chicago Tribune for the movie Prometheus. The title is a quote from the article, quoting an unknown source. The reviewer (Michael Phillips) gave the film three out of four stars, in spite of its derivative nature. He called it ‘elegant’ and ‘stately’ and said ‘the best aspects of the tale are atmospheric.’ Phillips worries that such factors will be lost on the targeted teen audience for summer blockbusters, and he’s probably right. Don’t worry, I’m not going to bemoan the lack of patience of today’s audiences for atmospherics. I already did that a few weeks ago, here. This time I want to talk about derivation. I promise not to bemoan those who are too quick to cite it. Well, not too awfully much.

“I didn’t steal the story from anybody. I stole it from everybody.”

At my signal, unleash Hell: I perk up for everything Ridley Scott does, primarily because my all-time favorite movie is Gladiator—also derivative, in so many ways. And yet I freely stole from it in writing my trilogy. The movie came out in 2000 and it was undeniably a great influence on my decision to set my work (begun in ’03) in the late period of imperial Rome. There were other factors, of course, and as with almost everything in my work, I look at imperial Rome in an inverted way, from the eyes of those Rome considered barbarians. But hindsight reveals that I shamelessly stole elements. In Gladiator, Maximus is a wildly successful imperial general, who rides with his own equine ala. He is not Roman by blood, but from one of the provinces (Iberia, remember his nickname was Spaniard). He is beloved by an emperor and plotted against by those who see his influence on that emperor as a danger to their own quest for power. Yep, I got one of those. Again, there are differences, but the influence cannot be denied.  Are you not entertained?! 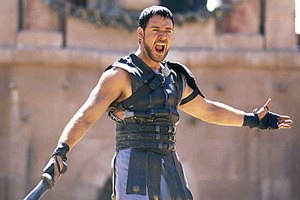 Viewpoints from North and South: I’ve been a John Jakes fan since a young age, and North and South and the Kent Family Chronicles are old favorites. Also read Irwin Shaw’s Rich Man, Poor Man early on. So does it surprise you that I have brothers, one raised inside the fold of imperial power and the other an expatriate, ending up on two sides of a conflict? I thought not. I love exploring issues and conflicts from various perspectives. I had a great time inserting POV characters into situations where they are the outsider seeing the other side in a new light, and sprinkled those situations liberally throughout my work. I’m hoping this influence, learned in my earliest reading, adds richness to my story that readers will enjoy.

Wherefore Art Thou, Lover? Another major element of my story I suppose some might consider derivative is my romance. Yes-siree Bob, I have star-crossed lovers. They long for one another, and yet are kept apart by their duties and societal/clan mores. Of course this goes back beyond Shakespeare, and one could argue it’s a component, in at least some small way, to just about every romance story ever written. My biggest influence in this realm has to be The Far Pavilions, by M.M. Kaye. This was one of those books that kept me up into the wee hours as a teen. I’m man enough to admit it: I was rooting for romance. Oh, how I wanted Ash and Juli to find a way to be more than the friends they were as children. And it was just so damn impossible. And yet… Well, no spoilers here, for those who’ve never read it.

From the Greeks to a galaxy far, far away: Honestly, I didn’t set out to steal from my favorite stories. Most of these influences occurred to me after I finished the first draft of the trilogy. I merely set out to write the kind of story I loved to read, so of course my favorite stories showed up in there. And I could go on and on, finding stories I love and how they’ve influenced my work. I’ve already written a post about how I have warrior chicks, and the influences there, from Jordanes to Steven Pressfield. One of the biggest elements of all is the overriding conflict of my world, wherein a republic has become an empire, and the components of its bureaucracy become a corrupting force willing to exploit fringe groups for profit and power, leading to insurrection. If that’s not familiar to you, perhaps you’ve kept your head buried in the Tatooine sand for the last 35 years.

“There are no new ideas. There are only new ways of making them felt.”
~Audre Lorde 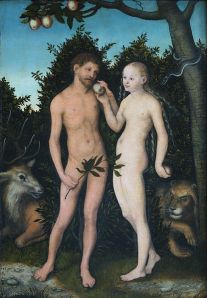 Oldest Story in The Book

A good ribbing: In an argument over the movie Avatar, I once challenged a friend of mine to name a story that was totally unique. He pondered for a time before spitting out, “The Truman Show.” That’s an easy one and one of the oldest. A lone overseer creates an entire world and ends up falling in love with the subject he places in it, only to be thwarted in keeping him under his thumb by inadvertently allowing a woman into the picture. Duh. It’s Genesis.

How about you? Writers, what stories have influenced your work? Readers, are you bothered by what some call derivatives in your stories? Do you dare to take the challenge, either to claim your story is totally unique or even to name one that has none? I’m interested.

27 comments on “Originality Isn’t Everything”